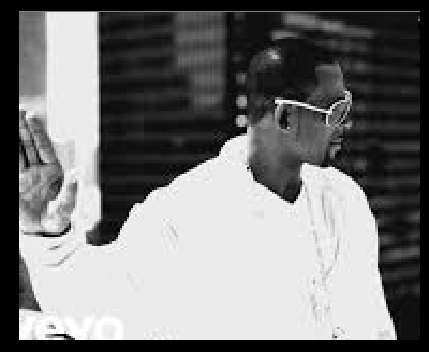 After watching the Lifetime Surviving R. Kelly Documentary I have mixed feelings. I feel that some of these women were victims while others were paper chasing. Nevertheless, R. Kelly deserves to be punished if what the victims  have eluded to is found to be true in court. After following up on many of the women I found them to have been sane, thirsty and of age when they agreed to be a part of the so called harem or sex-cult.

If these women in his life continue to stick by his side and tell “his” story, his only concern may be the court of public opinion in all honesty. If there was going to be punishment, I would have expected punishment or penalty after the Aaliyah marriage/relationship and/or the court case following the sex tape with Sparkle’s niece. If you explore multiple entities and uncover the information that I have, you will understand that the only way he was saved from the cell was due to the fact that the jury stated that they were  clear that it was R. Kelly in the video. But they were unable to tell the age of the girl that appeared in the video. Even after 20 people in the immediate family, close friends, teachers and neighbors admitted that they could verify that it was Rasonda, all it took was Rasonda’s dad to state that she did not appear in the video and Rasonda to be a non participant in the court case. That’s what resulted in that W.

Some families love to live vicariously through their children and  some of these families have aided in bringing Kelly into their lives with the hopes that they would make it and bring success to the families legacy.

Their are several people that I could have done without seeing or hearing their opinions based on their history with minors or the disgraceful comments and sexual misconduct that they have been alleged to be suspects of themselves.

If what is said is indeed factual, where were all of the folks while this was going on and the cash flow seemed non stop? Now that the well is drying up everyone has moral boundaries (all of a sudden).

Toure, Charlemagne and hell Andrea Kelly just to name of few if you are wondering what my opinion is based on. However, I will make separate posts about them. Jharhonda Pace. Ms. McGee, Lisa Van Allen and Kitty Jones are a few more. Think about it.

Rasonda’s (the girl “not” in the video. but was) dad, still plays bass for Kellz, Sparke said that she went years without speaking to her family for a decade and that she assumed that they’d been paid off. However, she forgot to mention that she had a relationship with Kelly herself.

I wont discontinue listening to his music, but nor will I purchase it. They are fighting to send him to prison harder than they fought to keep Tang out of office and he has not been found guilty.

I just wonder what would have happened if the parents would have not “ignored the signs”. Many people seem to be scrambling to separate themselves from him now . However, if he just happens to go down, it won’t be alone. (NO PUN INTENDED )This business seems to be full of people that have the personality that he is being painted to have. Forget the fact that he is a black man because based on some of the allegations, they actually could probably present some circumstantial evidence. However, at this point everyone seems to be a few years too late.

It is beginning to look like a smear campaign or a public lynching. Why can he not tell his side or speak his truth if he has yet to be convicted of anything? Why should he be prohibited from making moves that will continue to put food on his table.

He’s a great entertainer. I have never been a super fan, but it’s not far that he be turned into the OJ of the millennium. Hell if I was OJ I would have sued a list of folks by now.

Some of these pseudo suspects may have a better chance at proving the physical abuse if he allowed them to keep journals or anything. Hell, he wouldn’t know what they were writing, according to them.